Take a look at this video, Oklahoma State interception vs. Oklahoma November 27, 2010. Wow! That's truly amazing. As the game goes, 14th-ranked Oklahoma outlasted No. 10 Oklahoma State, 47-41, in a Bedlam Battle classic (if my sources are correct).
Posted by Tommy2Toes at 8:22 PM No comments:

I came across this interesting photo on the web. A hippo eating a crocodile. To see more photos click here.
Posted by Tommy2Toes at 6:50 PM No comments: 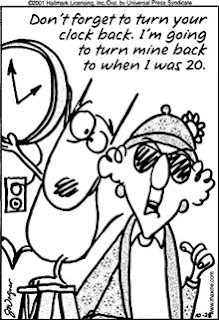 A friend of mine sent me this in a email. I thought it was funny. So I had to share with you. Oh by the way don't forget to turn your clocks back a hour. Enjoy your extra hour of sleep.
Posted by Tommy2Toes at 8:55 PM No comments:

HaaaaHohoHahaha! LMAO! Now this video is so funny. When you have a bad day just watch it and instant great day. Now how do i get my hands on that gum, I sure can use it at work!
Posted by Tommy2Toes at 10:07 PM No comments:


Surprise! Boo! Happy Birthday! WAKE-UP! Oh this too cute and stupid at the same time. Glade it's only three seconds, imagine if it was 3 minutes or longer, zzzzz. Good job of keeping it short. I going to get me a camcorder and start recoding my pets. I think my pet rabbit will be a big hit taking a dump. That'a all my rabbit can do, that and eat.
Posted by Tommy2Toes at 9:37 PM No comments:

Glad It's Over, No More Political Ads 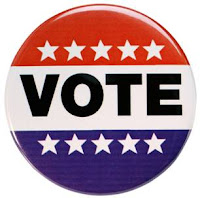 I thought the last election was long but this election was longer, I thought it would never end. Endless advertisements on the TV, Radio and Signs. This year did it seem that the NEGATIVE advertisement was in full force? I was so confused with all the negative ads i didn't know what the candidates stance were. And those negative ads worked on confusing the voters. I was listing to a radio station, listeners were calling in to share who they voted for and why. The results was shocking for the "why" they voted for their candidate, most of the listeners who called said they voted for or against the candidate all or in part of the negative ads.

Now when is the next election, in two years? Great! At least we get a little break. One last note, how soon we forget who got us into this mess.
Posted by Tommy2Toes at 8:51 PM No comments:

Email ThisBlogThis!Share to TwitterShare to FacebookShare to Pinterest
Labels: Political 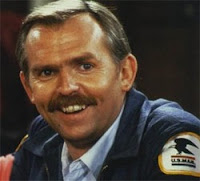 One afternoon at Cheers, Cliff Clavin was explaining the Buffalo Theory to his buddy Norm.

Here's how it went:

"Well ya see, Norm, it's like this... A herd of buffalo can only move as fast as the slowest buffalo. And when the herd is hunted, it is the slowest and weakest ones at the back that are killed first This natural selection is good for the herd as a whole, because the general speed and health of the whole group keeps improving by the regular killing of the weakest members. In much the same way, the human brain can only operate as fast as the slowest brain cells. Excessive intake of alcohol, as we know, kills brain cells. But naturally, it attacks the slowest and weakest brain cells first. In this way, regular consumption of beer eliminates the weaker brain cells, making the brain a faster and more efficient machine. Thats why you always feel smarter after a few beers"
Posted by Tommy2Toes at 7:35 PM No comments: